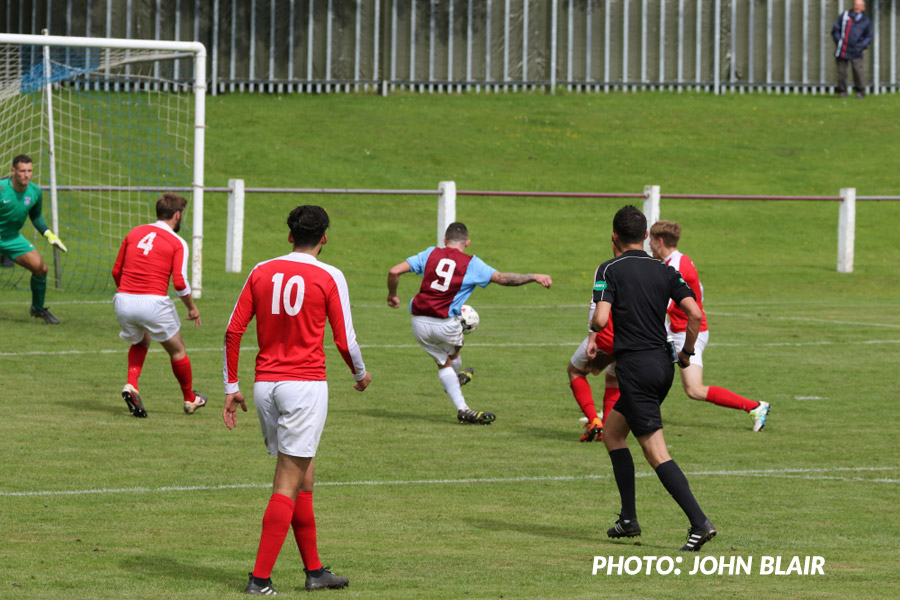 So how do you top a scintillating, action-packed, quick-fire first two rounds of the Scottish Lowland Football League?

It’s easy. Have another round!

Friday night football was back for a second week and it was another cracker as BSC Glasgow took on Edinburgh University at The Indodrill Stadium. David Smith gave the visitors a lead to take into half time with a goal of the season contender (there were a few of them this weekend) but Jack Smith, Martin Grehan and a first goal for new signing Robbie McNab gave BSC the three points, running out 4-1 winners in the second half.

Civil Service Strollers welcomed University of Stirling to Christie Gillies Park where Uni manager Chris Geddes put himself back in the starting lineup. With two goals, his presence proved the difference as the scholars won 4-2.

There was a delay at Ferguson Park in the match between Whitehill Welfare and Edusport Academy. Whitehill attacker Darren McCraw scored the opening goal of the game but sustained a serious looking knee injury which required an ambulance to be called. Whitehill came out of the break and managed to score another two to Edusport’s one for a 3-1 victory. The good news is that Darren’s injury is less serious than first feared and we all wish him a speedy recovery.

Champions East Kilbride have had a slower start than they might like but got things rolling properly, overcoming Vale of Leithen 4-0 at K Park. Goals from Aidan Ferris, Ross McNeil, Liam Coogans and skipper Barry Russell put Kilby up to fourth.

One of the standout games of the weekend took place at Islecroft as Dalbeattie Star took on East Stirlingshire with both sides pushing for victory. The lead changed hands three times as both Star and Shire threw everything they had at each other. Tommy Muir put Star 3-2 up with around ten minutes left before Connor Greene popped up in the dying seconds to salvage a draw for the visitors.

Hawick Royal Albert put in an encouraging performance for their fans as they welcomed Gretna 2008 to Albert Park. They took the lead but a penalty from Jake Smith and a goal from Steven Black gave Gretna the three points to take back to Raydale Park.

The Spartans and Gala Fairydean Rovers were evenly matched at Netherdale with both sides playing some lovely football. A Craig Stevenson goal in the first half was all that separated the two teams as Spartans continued their 100% start to the season.

Most of the anticipation going into the weekend was focused on Broadwood where Cumbernauld Colts welcomed Selkirk, two teams with 100% records going into the weekend. Fresh from two huge scorelines, Selkirk may have been slight favourites were it not for this Sean Brown stunner giving the Colts three wins from three…