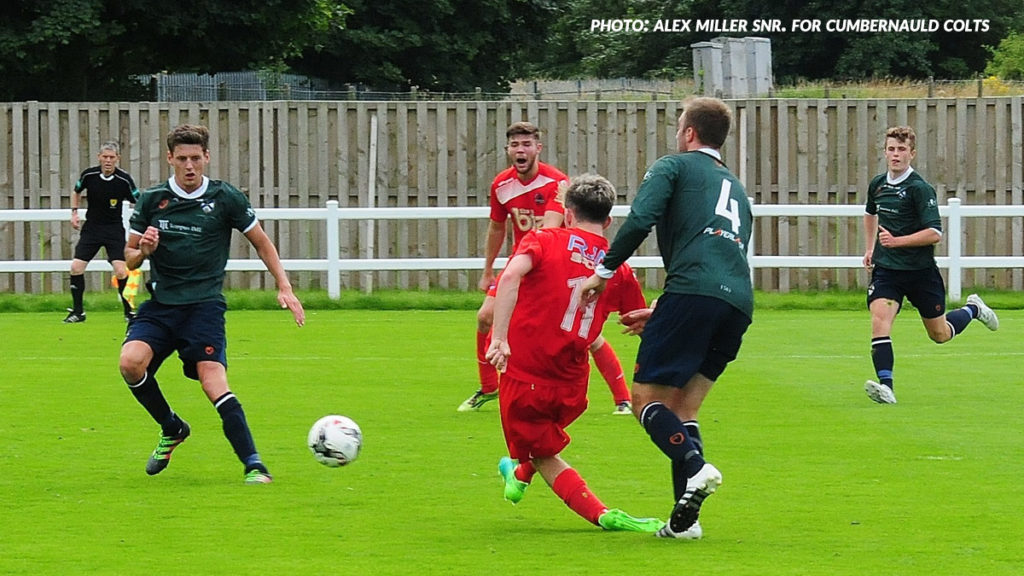 It was a bumper opening to the Scottish Lowland Football League season, so just in case you missed a second of the action (how dare you?), here’s a wee roundup of Matchday 1 and Matchday 2!

Lowland League luminaries gathered at Galabank on Friday 28th July, keen to catch a glimpse of the league’s newest side, Edusport Academy, as they took on Gala Fairydean Rovers. The Academy side quickly raced into the lead but Gala mounted a stunning comeback – the 4-4 final score saw the curtain raiser go down as an early contender for game of the season. 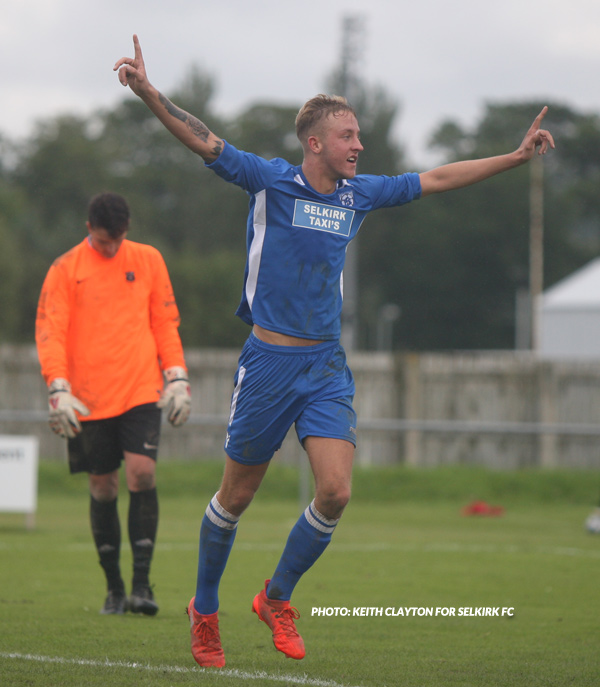 The Spartans were the high scorers in the first round of fixtures, putting seven past a new look Hawick Royal Albert team with doubles for Jamie Dishington and Ross Allum (Highlights from Grim’s Gantry). A new-look BSC Glasgow travelled to Ochilview to take on last season’s hotshots East Stirlingshire and came away with an impressive 3-0 victory thanks to goals from new signings Martin Grehan and Jack Smith (Highlights from ShireTV).

Selkirk welcomed Whitehill Welfare to Yarrow Park and Ian Fergus’ side burst out of the blocks, going in two goals to the good at half time and running out eventual 5-1 victors with the first SLFL hat trick of the season being claimed by Daryl Healy. Civil Service Strollers also visited the Borders, coming away with a 2-0 win over Gretna 2008.

A much-changed Vale of Leithen travelled up to Falkirk to take on University of Stirling. New Uni player manager Chris Geddes proved the old adage of ‘if you want something done, do it yourself’ by bringing himself on in the 75th minute and scoring the decisive goal in a 2-1 victory in the 80th.

Edinburgh University lost in a tight game against Cumbernauld Colts thanks to a 78th minute Craig Murray penalty. A Jack Guthrie penalty had put Uni ahead before Craig Holmes equalised for Colts just before half time. Champions East Kilbride got their title defence underway against Dalbeattie Star; a Declan Hughes goal in the 81st minute enough to seal the three points for Kilby.

There was no rest for the wicked as the SLFL party continued into midweek. Tuesday night saw a feisty contest in the early kick off between Vale of Leithen and Edinburgh University. Vale came out eventual 1-0 winners thanks to a late Sean Stewart goal, despite losing Kerr Allan to a second yellow card in the 66th minute.

East Kilbride welcomed BSC Glasgow to K Park in their flipped fixture. A tight opening 45 minutes finished goalless despite a few spirited attacks from both sides but Declan Hughes broke the deadlock on 53 minutes, netting his second goal of the season before former Kilby striker Jack Smith replied with his second of the season in the 86th minute.

There was a North Edinburgh derby on offer in the early kick off on Wednesday night as Civil Service Strollers took on The Spartans at Christie Gillies Park. In a tight game it was a penalty converted by David Greenhill that gave the visitors the three points.

A borders derby was in the offing at Albert Park as Kenny Aitchison’s Hawick Royal Albert welcomed rivals Selkirk. And it was to be another tough game for the Albert. Sean Muhsin’s goal for the Souters inside 40 seconds was an ominous sign of things to come as further goals from McKirdy, Hopkinson and Addison sent them in for half time with the score at 4-0. Things didn’t get any better for beleaguered Albert in the second half. Selkirk ran riot and put a further six goals past Hawick’s Trialist goalkeeper. Jordan Hopkinson secured Selkirk’s second hat trick of the season as they came away from Albert Park 10-0 winners.

Gretna 2008 made the trip to Netherdale to take on Gala Fairydean Rovers and a brace from Adam Watson set Gala on the road to a 5-2 win. East Stirlingshire travelled to Rosewell to take on Whitehill Welfare and produced a much improved display to take three points back to Ochilview. Kevin Kelbie, Liam Allison and a Paul Sludden got the goals in a 4-0 win.

Cumbernauld Colts completed a Uni double – Edinburgh on Saturday and University of Stirling on Wednesday at Broadwood and came away with six points and a 100% record. A spirited display from the students was nixed by Stephen O’Neill penalty on 69 minutes. An evenly matched game finished 2-1.

Dalbeattie Star saw new boys Edusport Academy come to Islecroft and it was Liam Park who got the goal to give Star their first points of the season.

So here’s how the SLFL table stands after two rounds…

And here are the hotshots lighting up the scoring charts…