Scottish Lowland Football League teams will swing into action in the first round of the Scottish Cup after the draw was made this evening at Airdrieonians’ Excelsior Stadium.

David Hay, who lifted the famous trophy twice as a player in 1971 and 1974 and once as a manager in 1985 with Celtic, made the draw alongside Glasgow University president Donnie Fergusson. Teams from the Lowland and Highland Leagues went into the hat along the winners from the Cup’s preliminary rounds and it threw up a few fascinating ties to be played on Saturday 23rd September.

There’s are a couple of all SLFL affairs as The Spartans welcome Vale of Leithen to Ainslie Park, Gretna 2008 travel to Yarrow Park to take on Selkirk and league leaders BSC Glasgow entertain Dalbeattie Star at The Indodrill Stadium.

There are sizeable away trips for Hawick Royal Albert and Whitehill Welfare as they make their way to Banff and Nairn respectively, while University of Stirling are on the road to Wick Academy. 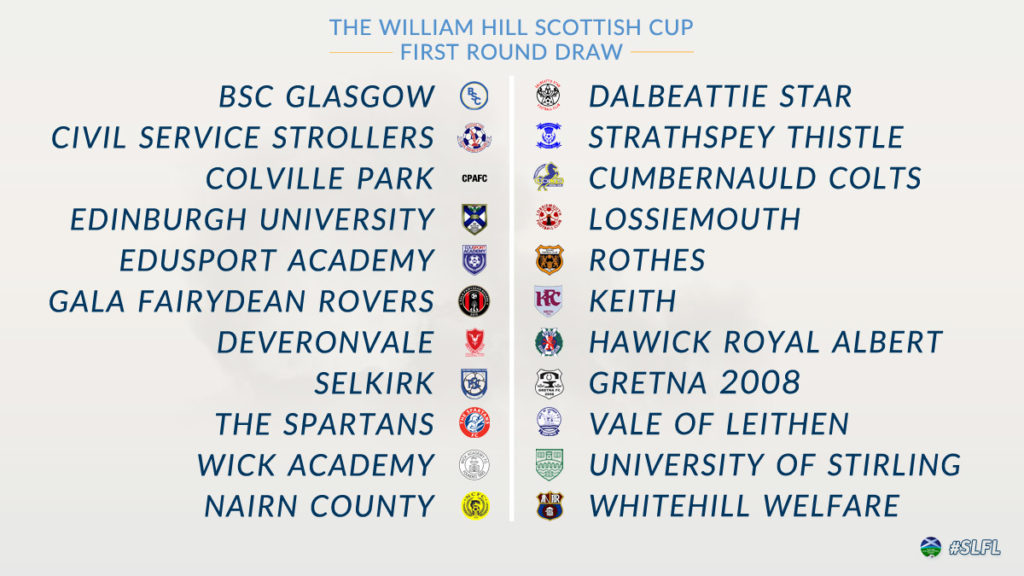 The full draw is available in text format below and the fixtures will be added to the site as soon as humanly possible. We’d like to take this opportunity to wish all the SLFL clubs the very best of luck in the first round!