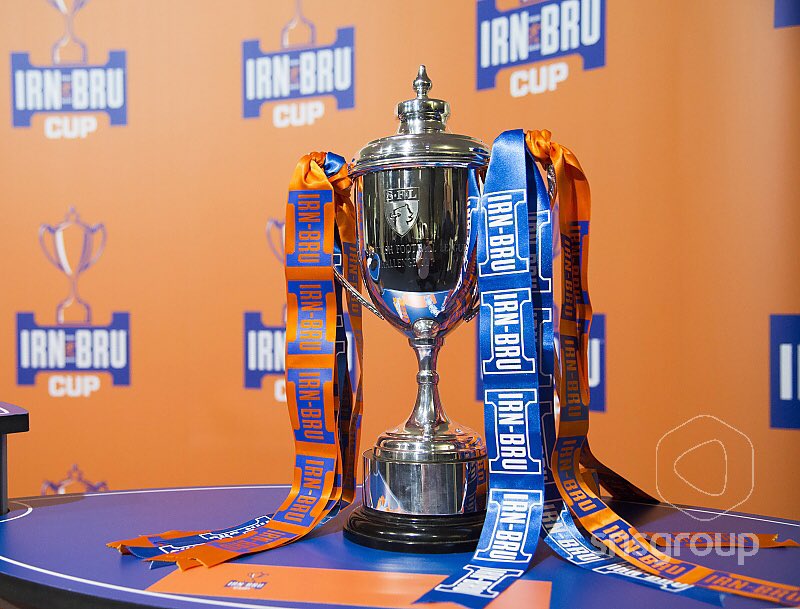 The 2017/18 IRN-BRU Cup will feature an improved format and increased prize money, in addition to two new participants, the SPFL has announced ahead of the First Round draw today (Tuesday 27th June).

The revised format of the IRN-BRU Cup for the season ahead sees a reduction in the number of rounds from seven to six, with the competition kicking off in mid-August and leading up to the Final being played on Saturday 24 or Sunday 25 March, 2018. Last season’s SLFL Top 4, East Kilbride, East Stirlingshire, The Spartans, and University of Stirling will participate in the first round draw which will be drawn by Scottish indie legends Frightened Rabbit at Summerlee Museum of Scottish Industrial Life.

While like-for-like prize money comparisons with the 2016/17 IRN-BRU Cup are not possible, as this year’s format involves two additional clubs but one round fewer than last season, the overall amount available for prize money is up by 9%, from £308,000 to £335,200.

In addition, clubs travelling overseas will each receive a £5,000 contribution to their travel costs per overseas game, which is a 25% increase on last season’s figure.

As recently announced, Bray Wanderers and Sligo Rovers will join the 2017/18 IRN-BRU Cup along with the Northern Irish and Welsh teams (Crusaders, Linfield, The New Saints and Gap Connah’s Quay) at the Second Round stage.

The 2017/18 IRN-BRU Cup First Round Draw takes place today at 1pm, streamed live on the SPFL Facebook page, with the 24 ties to be played on Tuesday 15 and Wednesday 16 August.

“Following the success of the new format of the IRN-BRU Cup in its inaugural season, we have worked to further improve the competition for clubs and supporters.

“By increasing prize money, removing one round and introducing more new teams to the competition, we believe this year’s IRN-BRU Cup will be stronger, more competitive and even more exciting. We look forward to the First Round Draw next Tuesday and wish all clubs the very best of luck.”