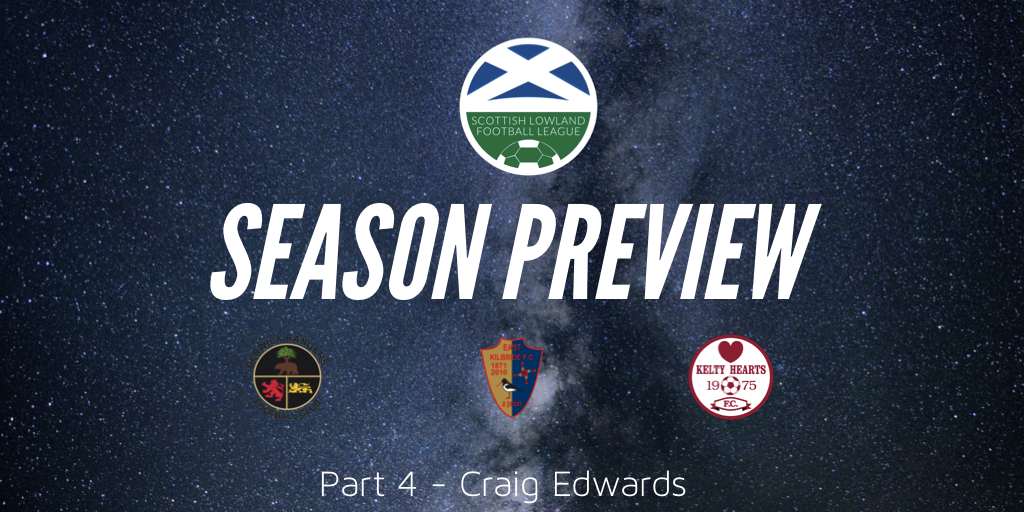 Just two days to go until the season gets underway. Our reporter Craig Edwards takes a look at a few of the Bookies favourites for the title.

Ian Little, who replaced Jonny Harvey for the play-off final has a massive job ahead of him if they English side are to make an instant return to the SPFL. The Wee Gers have struggled in the Betfred Cup with heavy defeats to Ayr United, Stranraer and Falkirk with Livingston their final group game on Saturday. This means they don’t start their Lowland League campaign till midweek when they welcome Bonnyrigg Rose Athletic to Sheffield Park.

As you may expect, there has been a lot of outgoings at Berwick with no less than 13 players exiting the club over the summer, the highest profile being Robert Wilson who has joined Championship side Arbroath.

Ian Little has brought a few players to help fill his squad but has expressed his disappointment that he has been unable to field trialists in the Betfred Cup group stage. Five of his signings were at Lowland League sides last year with Ciaren Chalmers and Cameron Lumsden joining from Kelty Hearts with Ali Smith and Jack Wright leaving Whitehill Welfare. Kevin Waugh has left Hibernian to join Berwick for a second time having previously been on loan but has experience of this level having been at Civil Service Strollers in the 2018/19 season.

Berwick last tasted victory back in March and will need to get that winning feeling back quickly in their opening games if they are to challenge at the top of the Lowland League this year.

A name known in the Lowland League having previously been at Whitehill Welfare and Selkirk before making the move to Berwick twelve months ago. Healy scored 12 times in his last season at this level and will need to score goals this year if Berwick are to be competitive in their new division.

The defending champions go in search for a third Scottish Lowland League title in 2019/20 with Stuart Malcolm taking charge of his first full season at K Park. Malcolm led Kilby to the title last year after taking over Brain Kerr during the first half of last season.

They have started the season well in the Betfred Cup with victory away to Edinburgh City, penalty shoot out victory over Premiership side St Mirren and narrow defeat to Albion Rovers. Like Berwick Rangers, East Kilbride have their final group stage game on the opening day of the Lowland League season meaning they do not open their league season till midweek with a trip to Dalbeattie Star.

Stuart Malcolm has brought in some big names in his side’s attempt to regain their title. Darren O’Dea joins from Dundee along with David Brownlie from Stranraer and Dean Cairns who featured for Airdrieonians last year to improve the defence following the departures of Barry Russell and Craig Howie. Alan Martin has also signed and will rival Matthew McGlinley for the number one jersey and made the penalty stop from Cody Cooke to secure victory over St Mirren in the Betfred Cup.

Departures such as Chris Humphrey who has taken over at Gretna 2008 will naturally hurt the champions but Kilby have signed replacements in Ross Kavanagh and another striker to help lead the line in Ruari Paton after Cammy Russell’s loan deal ended.

Once again East Kilbride look like the side to beat and will start the season as favourites and hope it is third time lucky as they aim for promotion to Scottish League Two.

A massive signing for East Kilbride as they aim to secure back-to-back Lowland League titles. Paton scored thirteen times for Gala Fairydean Rovers and helped them secure eighth place last year and will hope his goals can help fire Kilby the title.

Kelty Hearts certainly made a mark in their debut season in the Scottish Lowland League last year as they secured a third place finish and this season they will aim to go even better now Barry Ferguson has had a summer to build his own squad.

The Fifers have certainly been busy in the window and have brought in a number of players as they go in search of the title. The departure of goalkeeper Scott Christie has seen Kelty bring in two goalkeepers in Ben McKenzie and Ross Jardine, a name familiar to Lowland League supporters having been at Whitehill Welfare last year.

Gary Cennerazzo was a member of the supporters team of the year last year when he was at Spartans and he joins at the back along with former East Stirlingshire captain, Danny Ashe. Ian Nimmo and Shaun Greig have left over the summer but they have been replaced with players with SPFL experience in Thomas Reilly and Dylan Easton to join and already impressive midfield featuring Stephen Husband.

Stuart Cargill broke the club goalscoring record last year and he has a new strike partner in former Inverness Caledonian Thistle striker Nathan Austin. The Kelty supporters hope to see the two of them banging in the goals and they will need to if they are to take the challenge to East Kilbride.

Dalbeattie Star are the first visitors to New Central Park, a team who Kelty failed to beat in the Lowland League last year but did beat them in a Scottish Cup replay before a trip to the newly named Caledonian Braves and a first appearance in the Challenge Cup where they welcome Kilmarnock Colts.

The Englishman has dropped down to the Lowland League with Kelty Hearts after stints with Inverness Caledonian Thistle, East Fife and Falkirk. Austin scored seven times for Inverness last season and featured at Hampden Park in the Scottish Cup semi-final. If he can find his shooting boots he could potentially be the difference in the title race for Kelty.