Derek Robertson, provider of many good things to the Lowland League and Twitch, gives his thoughts on Civil Service Strollers, Edinburgh University, Gala Fairydean Rovers, and reigning champions The Spartans. 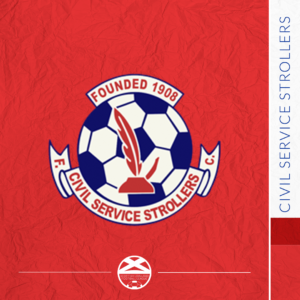 The Strollers enjoyed a successful 2017/18 campaign, coming in 7th under the guidance of Alex Cunningham. The gaffer decided to step down in the summer time, and has now been replaced by a man that knows exactly what it takes to compete in the Lowland League – ex-Edinburgh City manager and title winner Gary Jardine.

Every new man in charge likes to freshen his playing staff up, and Jardine has been no different. Ross Guthrie has arrived from Spartans, the two having previously worked together at Edinburgh City. Other new faces include Mark McConnell (another former Jardine player, making his loan spell permanent) and Keith Murray adding more experience to the dressing room.

Friendly fixtures have returned a mixed bag of results as players have tried to earn themselves a contract for the coming year. Notably, the Strollers ran League 2 side Cowdenbeath close in their first bounce game and picked up a victory against Bonnyrigg Rose. As always, we can’t read too much into these scorelines and things may well be different come the end of July.

This time around, CSS will likely be content to retain their spot in the league and push for a high mid-table spot. It is hard to bet against a manager with the experience of moulding a group of men that Jardine has, and it would be a genuine surprise to see them struggle at the wrong end of the table.

One to Watch: Ross Guthrie

The creative attacking midfielder will be relied upon to create chances, and when things are so tight in the Lowland League his contribution could be the difference between comfort and a relegation scrap. 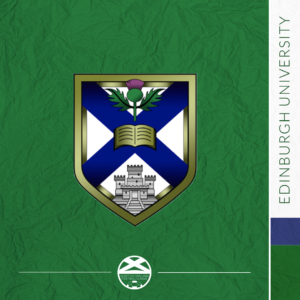 University sides are notoriously difficult to predict as a new campaign approaches. Dorian Ogunro is an experienced campaigner with Edinburgh University, however, and the club is in safe hands as he prepares another young group aiming to maintain their Lowland League status once more.

The students finished 11th in a tightly contested lower half last time around, and would likely be satisfied with a repeat performance as every campaign provides tougher and tougher competition. A creditable friendly performance from a depleted side away to Musselburgh ended in a 4-1 reverse, but slow starts are nothing to worry about based on the Peffermill side’s previous history.

The main concern for Ogunro will be hitting the back of the net: with the exception of relegated Hawick Royal Albert, Edinburgh University scored the fewest number of goals in 2017/18 and relied on a stout defence to bail them out on a few occasions. Most rival clubs seem to have upgraded (at least on paper), and the students will need to up their game if they want to avoid the dreaded battle against the drop.

One to Watch: Mark Tait

It remains to be seen if Tait will take his place in nets for another season. As previously noted, the Uni’s defensive record has been essential to their survival in recent years and their elder statesman has had a huge part to play in this. 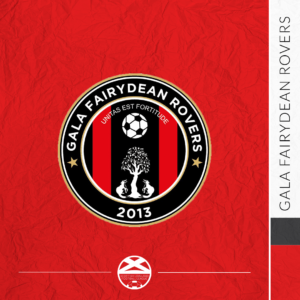 The Rovers enter this season with a renewed vigour, having changed their backroom staff and squad considerably over the summer. Dean Shanks has taken the reigns and immediately built a squad that, at least on paper, looks like the most talented to grace Netherdale in some time.

Coming in to the club is proven, coveted talent at this level; former Edinburgh City and Selkirk stopper Greg Amos takes his place between the sticks, while defensive stalwart Reece Donaldson provides a solid base, Sean McKirdy and Dale Baxter are among the Lowland League’s best midfielders and all join the club from Selkirk. Arguably the most important addition will be up front, where Josh Morris prepares to assault the league that he set alight with Hawick the season before last alongside another former Selkirk player, Phil Addison.

Results in preseason also provide cause for optimism, with victories over East of Scotland favourites Bonnyrigg Rose and Heaton Stannington jumping out. Having finished 13th last time around, GFR will fancy their chances of pushing the assumed “big 5” at the right end of the table this time around, staying well away from the dogfight at the bottom.

There are real bragging rights up for grabs among clubs in the borders, and my feeling is that this Gala side will be a distance ahead of their local rivals. A club that get so much right off the field in terms of online presence and community work, everything now seems to be in place for the playing staff to reflect this quality on the field.

One to Watch: Sean McKirdy

I was torn between Sean and Josh Morris here, but the ex-Selkirk man shades it. I expected a League 2 side to come calling for his services, if not one of the assumed favourites, and if he plays to his potential Gala will create all sorts of chances. 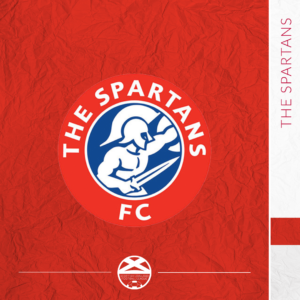 Our reigning champions came up short in the first playoff against Highland League winners Cove Rangers, but have wasted no time in preparing to defend their crown. With the hard work of preseason and the Betfred Cup taking place without gaffer Dougie Samuel’s presence (get well soon!) the capital side have strengthened and are ready to rumble.

The solid core of Spartans’ side has remained in place; Gary Cennerazzo and Jamie Dishington are two particular standout performers that have committed their futures to Ainslie Park. With this in mind, you may have been forgiven for expecting little in the way of transfer activity coming in… and seemingly everyone was caught off-guard by the announcement of BSC Glasgow goal machine Jack Smith. Jason Stevens is another impressive player to look out for.

As a reward for their achievement last season, the Spartans entered the Betfred Cup group stages and have performed admirably against SPFL opposition over the last few weeks. Leading Premiership newcomers St Mirren 2-0 with a mere half hour to play almost set up a dream result, and ultimately the heroics of Blair Carswell sealed a historic draw (losing the bonus point on penalties). Holding Dumbarton over 90 minutes and running Queens Park close re-affirms the potential still present with this group of players.

The bookies have installed our holders as the 2nd favourites this time around, behind East Kilbride. All those at Ainslie Park will fancy their chances of not only fighting to retain the Lowland League trophy, but going further and chasing a spot in the SPFL for season 2019/20! Defensive solidity was key last year, and there is no reason to think anything will change on that front.

One to Watch: JACK SMITH

Spartans pulled off several key wins by the odd goal last campaign, often scoring in the final 10 minutes of games. Adding a quality striker like Smith at this level may ease the pressure somewhat, taking more chances and putting matches to bed before the nerves set in.