Jordan Robertson, a new addition to the squad for 2018/19 (clubs aren’t the only ones who can make important signings), gives his thoughts on Selkirk, Cumbernauld Colts, Whitehill Welfare and East Kilbride. 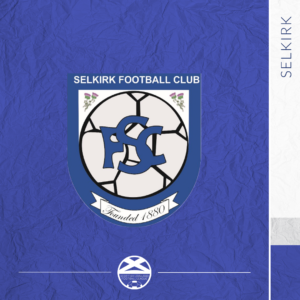 It could potentially be a tough season for the Souters in 18/19.  In 2017/18 under boss Ian Fergus, the side achieved an impressive 5th place finish and they accumulated their highest points total since the Lowland League began, Fergus chose to step down from the first team at the end of the season though and has been replaced by Terry Ferguson.

The trio of Sean McKirdy, David Banjo and Daryl Healy shone last season with all 3 making it into the supporters Lowland League team of the year. Unfortunately, Selkirk fans will not be able to look forward to seeing the trio this season as all three have moved on.

Daryl Healy has made the step up to League 2 with Berwick Rangers, David Banjo has joined Elgin and Sean McKirdy has joined Gala Fairydean Rovers. Selkirk fans will be saddened to see all three go but the departure of McKirdy may be the one that upsets them most as he has joined a side which Selkirk finished comfortably ahead of last season – although Gala have strengthened significantly during the close-season.

Terry Ferguson has brought a few old familiar faces back to the club, Midfielder Unpha Koroma has re-joined Selkirk for the new season, as has Zac Nicol. Ex-Arbroath and Hawick Midfielder Ludovic Erhard has also joined the side. as has defender Emmanuel Bitanga who has previously played for UJA Maccabi Paris.

It will be a tougher season for Selkirk than they might have liked. They have lost some very important players but their fans will be hoping that the mix of new players and a new manager can bring fresh energy and ideas and lead to a strong season for the Yarrow Park side.

One to Watch: Unpha Koroma

The midfielder has been picked up by both Chelsea and Stoke previously which will encourage Selkirk fans. He has never really had a settled run in a team so he will be hoping he can show what he is capable of this season. 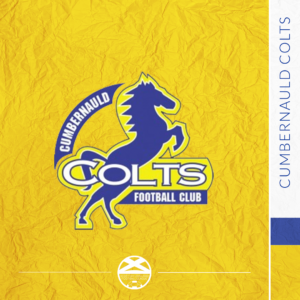 It’s been a relatively quiet pre-season for the Colts, which will probably please their fans. They achieved a good 6th place finish in 2017/18 and will be hoping for something similar this year.

They have managed to keep hold of striker Sean Brown, who earned himself a place in the Lowland League Team of the Season with 15 goals and a string of man of the match performances. Jeff Fergus also made it into the Supporters Team of the Year and the young full back will return to be an important player in the Colts backline in 2018/19.

Midfielder Gavin Lachlan has departed after two seasons and joined Queens Park, being replaced by former BSC Glasgow midfielder Arnult Bembo who joins from Kilbirnie Ladeside. Steven Tart, a defender previously with Arthurlie, has also joined the Broadwood side this season. A quiet pre-season and retention of the same squad that performed well last season should bode well for the Colts going into 2018/19 and they will be looking to consolidate their position.

One to Watch: Sean Brown

The young striker was in fantastic form in front of goal last year and with another season of experience under his belt he will be looking to push on and do even better this year. 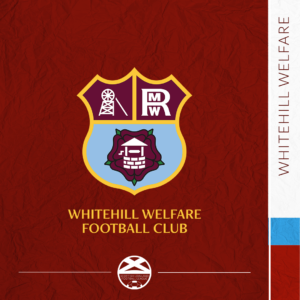 In one of those statistics that makes you begin to seriously doubt your information, Whitehill Welfare have finished with exactly 40 points in each Lowland League season except the inaugural season (when they finished with 39). Manager Gary Small has a remit to kick the famous old Rosewell club on this season and will be hoping that his new additions and some quality youth products will make the difference.

Welfare have made four new additions ahead of the 2018/19 season. Defender Kevin Keane has joined from Stirling Uni, striker Sean Lally has signed from Newtongrange Star, ex Penicuik Defender Craig Reid has signed up and winger Ali Smith has joined from Cowdenbeath after making seven appearances in League 2 last season.

Supporters Player of the Season Jack Wright will be at Whitehill this season, which is bound to delight the fans as he was superb for the side last season scoring 8 goals in 24 games and earning himself a place in the Lowland League Supporters Team of the Year as a result. Supporters and players alike will both be hoping that the rest of the squad can draw inspiration from Wright and improve on the 12th placed finish they achieved last season.

One to Watch: Jack Wright

Had a tremendous season last year and will be hoping to improve and help propel the side up the table. 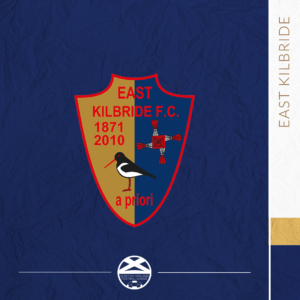 It has been a tumultuous pre-season for Kilby. Billy Stark surprisingly left the side in May to take charge of Scotland’s Under-19s and he was quickly replaced by ex-Albion Rovers boss Brian Kerr.

Kilby’s new boss is still relatively new to the management scene and experienced a disappointing introductory season with Albion, however he has wasted no time and has signed a group of players who, on paper, look very strong.

The pick of the bunch has to be Craig Reid. The ex-Motherwell, Morton and Ayr United defender can be deployed at either full back or centre back and has experience of almost every professional league in Scotland. Craig Malcolm has made his loan move from Alloa permanent and that will surely please Kilby fans with the forward having become a central figure in their run to second in last season’s Lowland League.

Midfielder Graeme Holmes and striker Jamie Longworth join from Albion Rovers and Stenhousemuir respectively and both should prove to be solid signings. Two familiar faces also return to K-Park as Anton Brady and Paul Woods have re-joined the side whilst Kieran Gibbons, Adam Strachan and Bryan Prunty have all departed. Kilby fans will feel confident ahead of the new season and they will hope these new signings help them to push for the top spot they narrowly missed out on last season.

One to Watch: Craig Malcolm

The Striker has made his loan move to Kilby permanent and has always been a goal threat wherever he has played. With a good pre-season under his belt he should be raring to go.