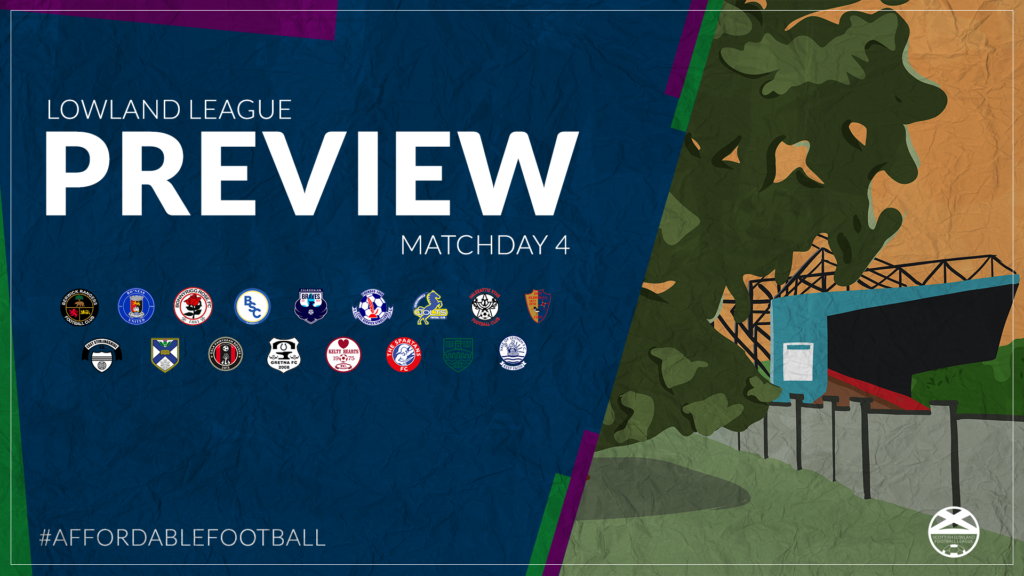 Another big set of fixtures as the table begins to take shape, we have another preview right here!

Bo’ness will welcome Caledonian Braves to Newtown Park this Saturday as the BU’s look to continue their great run of form which sees them sit joint top of the Scottish Lowland League.

The Braves will be looking to claim their first points of the season after losses to Bonnyrigg Rose and Berwick Rangers which sees them sit in 13th place having failed to score a goal in either of their games.

That is a trend that could soon change however, with strikers Ross McNeil and Neil McLaughlin both scoring over 15 league goals during the last campaign.

The BU’s pride themselves on playing with a solid defence having only conceded 1 goal in their opening 3 games and will be feeling confident with some key players set to make their return to the squad having previously been missing through injury.

The Braves may also give a debut to Belgian striker Ahmed Bouchentouf who re-joined the club last week, while The Braves also announced the signing of former France U-20 manager Pierre Mankowski in an Advisory role, as he looks to pass on experience to Braves manager Ricky Waddell.

The game will kick-off at 3pm at Newtown Park behind closed doors, although the match will be available on livestream.

university of stirling vs vale of leithen

The Forthbank Stadium takes its turn at hosting Lowland League football on Saturday as pointless Vale of Leithen head to Stirling for their fourth fixture of the season.

With the 0-1 reverse against Berwick Rangers on Matchday 1, the Innerleithen side may well have gone into the next few games with a semblance of confidence and optimism.  However, a subsequent 0-4 loss to Bo’ness and last week’s concession of 6 goals at home versus BSC Glasgow will have the borders club worried at the alarming rate at which goals are being conceded. But the four goals they scored, including a brace for debutant Arran Laidlaw will give them a boost.

The form of the University of Stirling however is in huge contrast to that of Vale with the opening day 1-2 defeat at home versus EK being followed by impressive wins against Cumbernauld Colts and surprisingly against Spartans in Edinburgh; both wins serving as a marker for the season ahead.

Amongst the goal scorers for Stirling University have been Jamie Penker with 3 goals and Conor Doan with 2 goals.  Vale of Leithen may well again look to Arran Laidlaw to add to the 2 goals he already has this season on the trip to Stirling.

Kelty have only played twice this season in the league with a 4-0 victory over Edinburgh University and a 3-2 win at Civil Service Strollers. They have also played Premiership opponents in the Betfed Cup, losing by only a one goal margin against both Dundee United and St Johnstone. New signing Kallum Higginbotham made it into the Official Catchup Team of the Month.

Dalbeattie Star are still looking for their first points of the season but have lost two of their three games by only the single goal and took the lead in their only previous away game of the season at BSC Glasgow.

Kelty Hearts won both league encounters between the two sides last year with an aggregate scoreline of 12-0.

The Colts have played a game less after suffering defeat in their opening two games away to Bo’ness United and at home to the other University side in Stirling Uni.

Edinburgh University are still searching for their first goal along with their first point of the Lowland League campaign.

The Uni side have also suffered defeat to Bo’ness United along with Kelty Hearts and East Stirlingshire in what has been a tough opening few fixtures.

Both sides won their home match between them last season.

It’s been a difficult opening campaign for Gretna 2008 as they still search for the opening points to climb away from the all too familiar bottom  rung of the table. Their first three games have consisted all of title challengers and this weekend is no exception. Last week, they travelled to favourites Bonnyrigg Rose only to lose 3-0. Any points available will be crucial to this Gretna side and BSC Glasgow have unfortunately proven that the bottom sides can score against them.

BSC Glasgow, although unbeaten won’t feel like they’ve been at their best. A tight win over Dalbeattie, draw against Civil Service Strollers and last week, despite scoring six against Vale of Leithen, they will be disappointed to have allowed four in. A Ross Lyon hat-trick will have hopefully proved BSC that Stephen Swift’s new squad have found their feet and they will want to go to Raydale and prove they can continue an unbeaten opening run.

The Fairydean host the Strollers at Netherdale this weekend with both teams desperate to bounce back from losses from title contenders.

The Galashiels men suffered a 3-0 defeat to East Kilbride last week but all is still to play for this weekend as unlike Strollers, they’ve tasted victory in their opening three games. Despite it only being a tight 3-2 victory over Dalbeattie Star, Gala will hope Civil won’t be able to jump over them in the table.

Gary Jardine’s men have only gained a point so far but have definitively taken the fight to other teams scrapping for a position in the top four. Last week, a 3-2 loss to Kelty Hearts was proof Civil aren’t to be trifled with. An early goal from Alieu Faye and another late one wasn’t enough but the men from Edinburgh have proven they have it in them. A 0-0 with BSC Glasgow and 1-0 loss to East Stirlingshire will give them reason to go to Netherdale and convincingly take three points to cement their first win.

Berwick Rangers welcome an East Kilbride side that have won all three games so far to Shielfield Park tomorrow (Saturday).

The Wee Gers have generated a new feel good factor around the club over lockdown and that appears to have translated onto the pitch. The Borderers have won two of their opening three games, keeping clean sheets in both their victories. Those clean sheets have been recognised by the fans as goalkeeper Dougie Horne was voted as man of the match after last Saturday’s 1-0 triumph over Caley Braves. Every match Berwick have played in has ended 1-0 so far.

Kilby have won all three games after defeating Gala Fairydean Rovers 3-0 at home last weekend. Stephen Aitken’s men have the best attack in the league so far having netted 11 goals this campaign. Skipper Craig Malcolm has been at the heart of that with three goals to his name already.

When the two teams met at Shielfield Park last season, it resulted in a 2-0 victory for EK.