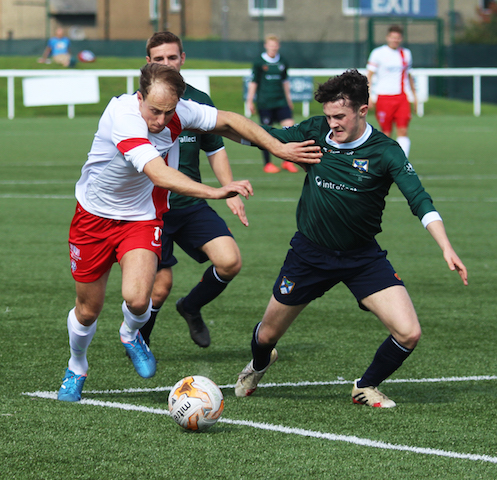 East Kilbride continued their unbeaten run with a convincing win at home against Gala Fairydean Rovers.

Sean Winter headed the home side into the lead after 15 minutes.

Just before the interval Winter broke into the box and cut back to Martin McBride who smashed the ball into the net.

McBride got his second of the afternoon just after the interval and Jack Hay scored a conciliation for the visitors in the closing minutes of the game.

East Stirlingshire hit Civil Service Strollers for seven, in the first half.

The Shire’s David Grant hit a first half hat-trick to put them firmly in the driving seat, other goals from Paul Sludden, Jamie Glasgow and Andy Rodgers meant the visitors went in at half time 7-3.

Civils goals came from Matthew Cunningham, Stephen Fround and Chris Milligan before Grant got his fourth of the day.

Edinburgh University looked set to claim all three points against Gretna 2008 at Peffermill.

The home side were 3-1 ahead and with ten minutes to go the visitors scored three within a matter of six minutes to snatch a vital three points.

Spartans won 2-1 away to BSC Glasgow, Whitehill and Dalbeattie star shared the spoils with a 2-2 draw.

Stirling Uni made the trip to Yarrow park and ran out 4-2 winners against Selkirk and Cumbernauld Colts took all three points when they beat Vale of Leithen 2-1.