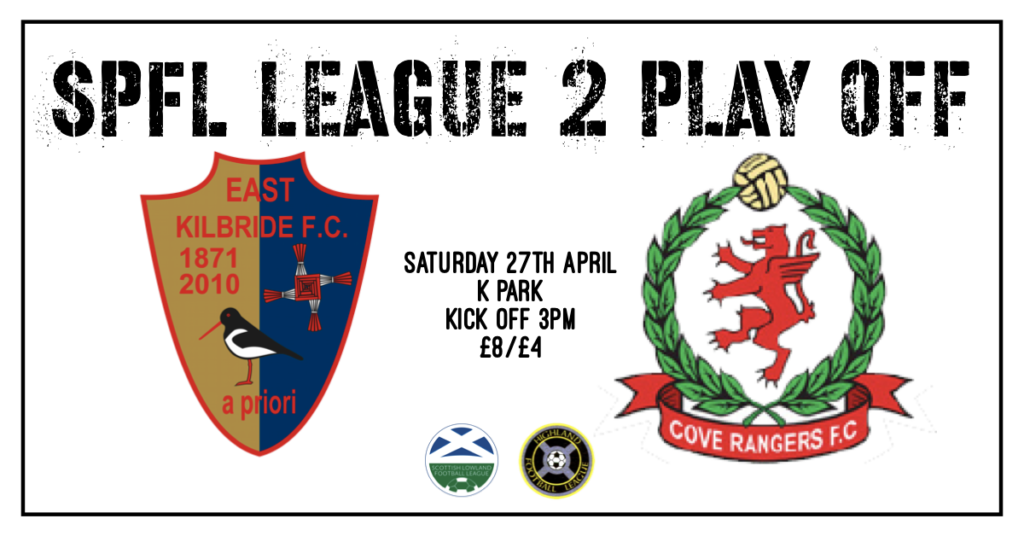 A late Jamie Longworth strike gave East Kilbride a route back into this playoff semi-final after Cove Rangers secured a first leg victory.

Two goals in the opening 34 minutes for the Highland League champions threatened to kill of this playoff before the sides even went to the Balmoral Stadium next Saturday.

Harry Milne rose highest to head the ball home from a corner to give Cove the dream start after only three minutes thanks, in part, to sloppy East Kilbride defending to gift the visitors the corner in the first place.

Scott Ross doubled the lead with a header at the back post from another corner as the Highland League outfit proved their quality at set pieces.