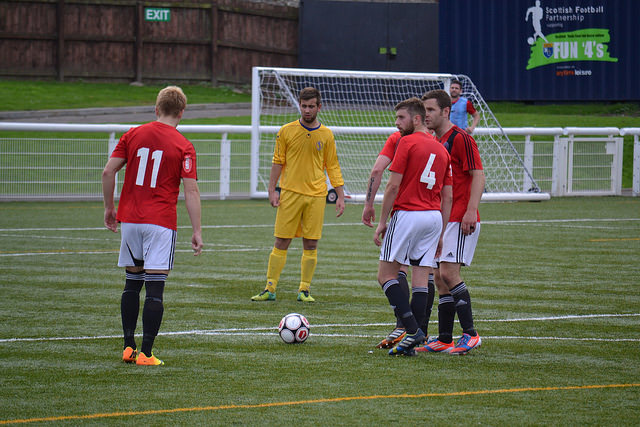 Edinburgh City lost the second leg play-off on spot kicks after both teams were level after 90 minutes.

In a rerun of last weekend, Brora and Edinburgh played out a 1-1 draw.

Ross Allum fired City ahead and Scott Graham equalised before the visitors had Chris McKee sent off.

With neither side able to nick it in extra time, the hosts kept their cool from 12 yards to set up a play-off clash with Montrose for a place in League Two.

Rangers boss Kirkwood said: “Stuart has not kicked a ball for six weeks and comes here and plays 120 minutes.

“He had a major hip op in the summer, came back too quickly and injured it again.

“He is in the middle of a programme but, with so many players away, he put his hand up and said ‘I’ll play’.

“He would run through a brick wall for you and I had no doubt he’d take a penalty when it mattered.”

The visitors claimed the lead four minutes in when Allum slotted home.

Rangers levelled after the break when Joe Mbu knocked the ball over his own keeper’s head, allowing Graham to nip in.

And Shaun Harrison and Mbu both missed their shoot-out efforts, allowing Kettlewell to settle the tie.

City boss Gary Jardine said: “It is gut-wrenching. But I’m proud of my boys as players and, more than that, as people.”