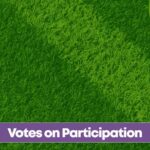 The member clubs of the Scottish Lowland Football League tonight voted on the potential inclusion of guest clubs for season 2022/23.

A comfortable majority of 11-4 indicated a preference for their involvement, having taken two weeks to weigh up a presentation on the topic.

While conscious it is, understandably, a divisive and emotive subject, the overriding feeling is their presence has been of benefit in a commercial sense while there are promising early indications of young, emerging Scottish talents benefiting from early exposure to senior football in a competitive environment.

It is important to note that guest clubs will not be eligible for promotion. Nor will they hamper the ability of clubs to be promoted to or relegated from the Lowland League.

This has been a democratic process, with conversation and debate encouraged before any outcome was established.

The board of the SLFL, and member clubs, remain committed to making a positive impact within our communities and Scottish football as a whole, and will maintain an open mind to any initiatives that support those aims. 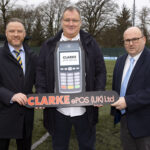 The board of the Scottish Lowland Football League is delighted to welcome Clarke ePOS as the Lowland League’s Official Naming Partner.

The deal, which kicks in immediately, will run until the end of season 2022/23 and will see the competition rebranded as the Clarke ePOS Scottish Lowland Football League.

This sponsorship package represents the largest commercial partnership secured since the inception of the Lowland League in 2013, representing another key milestone.

The Lowland League’s chairperson, Thomas Brown, said: “We are delighted to have Clarke ePOS on board with us as the title sponsor of the newly-named Clarke ePOS Scottish Lowland Football League.

“The last few years have been difficult on so many levels. Our member clubs have been impacted.

“This investment will really benefit them, and we look forward to working closely with Hugh Clarke and the team at Clarke ePOS as we continue to develop our relationship.”

“They are an aspirational, innovative business who have already demonstrated their commitment to Scottish football through a number of tie-ups with various clubs and ventures.

“Like everyone else, those involved in football at any level have had to learn to adapt to new ways of doing things.

“That includes incorporating more digital solutions and we anticipate this partnership with Clarke ePOS will be beneficial for all parties.”

Hugh Clarke, Clarke ePOS chief executive, added: “Our support for Scottish football is nothing new, but we are really pleased to have come to an agreement with the Lowland League.

“It’s easy to see there is real ambition within the clubs to push on – not just individually, but as a collective body – and we are proud to be associated with them.

“There is an authenticity and a passion for the game at this level. We’ll help in any way we can.”