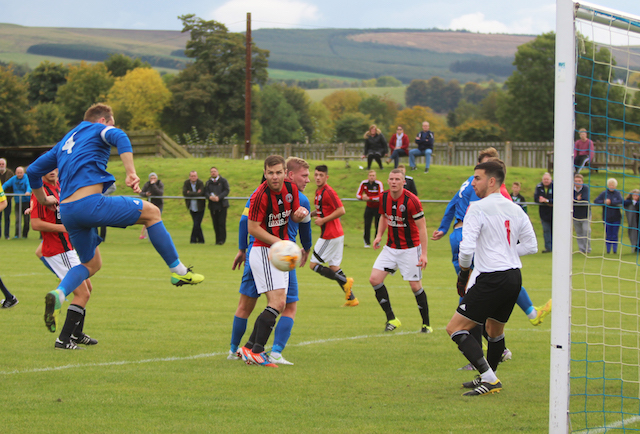 Gretna brought their three game losing streak to an end with a 1 – 1 draw at Vale but had to wait until the 67th minute to salvage a point. Gretna were again without key players due to injury and suspensions made hard work of it in front of the opposition goal missing a string of chances and found themselves 1 – 0 down at half time after Keith McLeod opened the scoring on 26 minutes for the home side. The second half was much the same until Vale lost a player after being shown a red card and shortly afterwards Iain Anderson scored the equalizer.

In the Borders derby Selkirk ran out 2-1 winners against Gala Fairydean Rovers. Both teams had several chances in a game that was full of action and was end-to-end action.

Ten-man Edinburgh City held on to a 1-0 lead over Spartans to earn a vital three points and put them nine points ahead of East Kilbride – who have a game in hand.

East Kilbride earned a point with almost the last kick of the ball when they visited Broadwood. Cumbernauld took the lead in the first half and before Kilbie leveled late on.

University of Stirling made the visit to the capital to face Edinburgh University. The only goal of the game came early on and the visitors held onto their lead.

Dalbeattie played host to local rivals Threave Rovers. The home team had a 3-1 lead at half time and in a bizarre twist of events Threave had three men sent off within ten minutes of the start of the second half. Dalbeattie scored a further four goals in the second half to ensure all three points stayed at Islecroft.

Preston Athletic made the trip to Roswell and were beat 3-0 by Whitehill.